Western medicine has little to offer in the treatment of colds and flu and antibiotics, as controversial as they are, are often the primary treatment available. In contrast, Chinese medicine is very effective at treating colds and flu, thereby avoiding the many complications that can accompany antibiotic treatment such as abdominal cramps, diarrhea, super-infections, antibiotic resistance, etc.

Below I present a brief summary of a medical case from my clinical practice in Boulder, Colorado highlighting the value of Chinese medicine’s treatment for common cold and flu where Western medicine failed. This case not only demonstrates the perils that can occur from unnecessary antibiotic use, but also illustrates a larger problem in modern health care. In addition, I hope that it helps educate people in some basic concepts of Chinese medicine as well as spark a much needed dialogue between Western and Chinese medicine practitioners. I have retained some of the basic Chinese medicine terminology and ideas, to inform those interested in this ancient and effective perspective.

The Case: A mid-30s male on June 6, 2011, visited my office complaining of fevers that had persisted for six weeks. They were more severe in the afternoons and he was taking Advil (ibuprofen), a non-steroidal anti-inflammatory drug, to control them. He also had developed severe fatigue and eventually was unable to work and effectively perform activities of daily living.

At our first visit he reported that his symptoms began approximately six weeks ago, after he had been given an antibiotic, Augmentin, at urgent care for his cold / flu symptoms of 102° fever, chills, headache, sore throat, and sinus congestion. Unfortunately, he appeared to have severe side effects from the Augmentin, and after four days of vomiting and feeling generally worse, he was switched to a second antibiotic, a Z-Pak (Azithromycin). Two days later his condition worsened yet again, and his fevers climbed to 104°F.Antibiotics

Two weeks prior to seeing me he was finally hospitalized due to his persistent fevers and feeling very unwell. He was given multiple courses of antibiotics, lost 25 lbs. (he was not overweight), and accumulated $72,000 in hospital bills after all the conventional tests and treatments had been performed. After eight days he was discharged with a diagnosis of fevers of unknown origin. Within days his fevers once again started to spike and he started feeling very weak. This is when he decided to come see me for a Chinese medicine consult.

The Chinese Medicine Treatment & Results: After speaking at length with this patient, my treatment involved giving him one week of the modified raw herb version of a common formula called “Honeysuckle and Forsythia Powder (yin qiao san)”. This formula has been around for hundreds of years and has a proven track record for treating colds and flu. It has also been extensively researched with modern Western methods confirming its effectiveness.

After starting the herbs he immediately felt better. After one and a half days the patient was back at work and although his muscles were achy, they felt stronger. He continued taking the herbs and worked five full continuous days. When I saw him one week later, he was having no fevers and no longer needed the Advil; he felt almost 100%. He had no recurrence of the fevers when I followed-up with him eight weeks later.

About ten weeks later, he again developed a cold with a sore throat and went to urgent care. They surprisingly gave him the same antibiotic (Augmentin) that made him sick, similar to the first time. Within two days he was once again experiencing high fevers. After no effect from the antibiotics, he came back to me for a Chinese herbal consultation. I gave him a modified version of the previously given formula, which immediately cleared up the fevers.

From a Chinese medicine perspective my patient’s case history and the condition treated was not overly complex. In fact, two times I was able to quickly diagnose the person, and prescribe Chinese medicinals to effectively treat him (and might I add, for a very affordable price compared to the $72,000 he spent during his hospitalization).

In addition, Chinese medicine truly uses individualized and holistic treatments, even for a common cold. For example, a person that feels chilled will require a different treatment than one who feels warm. Thus 10 patients with a common cold may require 10 different herbal formulas.

Let me share with you the Chinese medicine perspective of this gentleman’s condition.

Nowadays, although many are leery of using antibiotics for colds and flu, their widespread use still persists. Chinese medicine though offers a valuable perspective on why they often cause complications.

According to Chinese medicine, when a disease is located in the superficial (exterior) regions of the body, as is common with colds and flu, the fundamental strategy should be to push the pathogen outward using light lifting medicines. Antibiotics though, are descending and heavy in nature and can actually drive a pathogen deeper into the body and lock in the pathogen (making it difficult to be expelled). The pathogen then brews, and can eventually transform into a more serious condition, and even cause a superinfection. In the above case, the antibiotics led to an increased fever and a worsening of his illness, leading to hospitalization.

Chinese medicine also pays special attention to the thermal nature (temperature) of the illness. If a condition is cold natured (e.g. the patient feels chilled) then warming medicines are used. If the condition is hot, then cold medicines are used. Antibiotics are considered cold natured. In the beginning of this case, the patient’s condition was cold in nature and applying a cold strategy (antibiotics) was incorrect. Cold plus cold congeals the pathogen, trapping it in the body, inhibiting it from being expelled. In addition overly cold strategies inherently can damage the digestion, for example, cause diarrhea. Of note, consider classic signs of a bacterial infection (where antibiotics are most effective), redness, heat, swelling, pain, and green or yellow phlegm. In Chinese medicine, this corresponds to a heat condition. He did not have this type of presentation.

In addition, Chinese medicine’s strategy is not to directly kill bacteria or viruses. Such “killing” strategies (even herbal ones), may render short-term symptomatic relief, giving the impression of success, but can damage the body and often lead to latent pathogens[i]. In contrast, Chinese medicine uses strategies to regulate and adjust the body’s internal terrain to stimulate the body’s natural immune power to eliminate the pathogen. This strengthening process is helpful in preventing recurrences or lingering (or resistant) pahogens.

Thus, an inappropriate treatment not only leads to poor results, but also can have long-term consequences by creating “latent pathogens.” These are pathogens or conditions that linger in the body for weeks and sometimes months to years. A person is often unaware of this internal process, but would however feel different symptoms, which often then get diagnosed as new diseases. The misery layers upon itself. This can cause catastrophic health problems and cost a patient enormously. Therefore, although antibiotics are sometimes of value, they often lead to lingering conditions or future reinfections because of their inability to push pathogens outward.

These philosophical differences in treatment are at the heart of why Chinese medicine can succeed so well in treating colds and flu (and many other diseases) when Western medicine fails. In addition, these unique clinical and ancient perspectives are something that, in my opinion, would be useful for Western medicine to consider. The art of effective medicine is in learning how to identify individual presentations, instead of merely treating “the disease”, and then matching appropriate treatment strategies to these presentations. 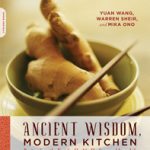 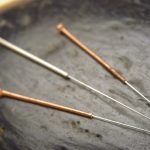